skip to main | skip to sidebar

Tzinga- A Revolution in the Energy Drink Market.

The biggest attraction of this industry, is the latest drink launched by Hectar Beverages- "Tzinga". It has an intensive distribution and is available even at dhabhas outside my college. Its price is merely Rs 20, must less than other competitive energy drinks. 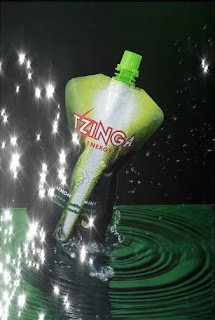 Tzinga’s lemon flavour is its first variant and most popular in my college. It tastes refreshing and has a minty feel to it. Its taste is unlike Red Bull (which is so medicine like :P ). Rather it taste like fruit juice and is less viscous than that. Other flavours are Tropical trip and Mango. Tropical Trip is a more mix fruit taste while Mango is like any other mango drink.


On the caffeine front, one can identify the awareness difference it generates on consumption but the longevity of that energy kick is not measureable. But it does give you that necessary push to continue and prevents you to go into that casual non-concentration zone which then results in sleepy eyes. Save to say that this drink can help you to stay awake in boring behaviour and communication classes.


The packing is also quite trendy. I would say that it is quite smartly done but it might just not work for guys who want to show-off. Snobs will anyday prefer drinking energy drink in a can rather than from a packet. But yes, the business idea to have a low cost energy drink will work, considering the options available. But there are points to improve – like having a 250mL tzinga (it quenches thirst more convincingly especially in the summers). Secondly, they can put more colours in the packaging. Currently, the tzinga packets aren’t attractive than bright Gatarode.


However, keeping in the mind the price, tzinga is a good try especially for who need immediate doze of energy.

Posted by Happybirdie at 3:56 PM

"My leitmotif in life" 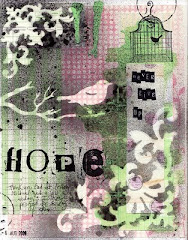 This blog is an untrodden path to my heart,my emotions,my aspirations, my desires,my success , my failures...inshort it a way to that part of my soul that was earlier left marooned inside.

Happybirdie
An MBA from FORE School of Management and an Electronics and Communication Engineer. Expression through any means is a way to write my heartout....Inundated with ideas and experiences..I love to fabricate them leaving my own panache. I love graphic designing, painting, dancing and writing.